Digital pathology is on the rise – and, with it, artificial intelligence’s role in the pathology workflow.

Many pathologists are embracing the change – often young pathologists who understand that progress is inevitable.

Dedication to the cause
Deep Bio is among the companies leading the charge by developing deep learning algorithms tailored for pathologists. A biotechnology startup based in South Korea, Deep Bio was established in 2015 with the vision of integrating artificial intelligence (AI) into cancer diagnostics. Now with 34 employees, Deep Bio boasts a multidisciplinary team of medical experts, machine learning engineers, data scientists, and entrepreneurs – all working to harness the AI-driven transformation in pathology.

Deep Bio first made waves in the medical AI-space by taking first place in CAMELYON17, a global competition to assess the performance of algorithms in localizing breast cancer metastasis in the sentinel lymph node. Since then, it has continued to build on its deep learning technology to engineer algorithms for various cancer types – producing 13 registered patents and 14 pending. Through its diverse software offering, Deep Bio empowers pathologists and supports real-time clinical decisions. 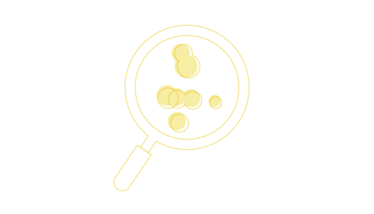 What were the drivers behind this medical AI adoption? Kim explains that a clinical validation study of the algorithm, published in Cancers, played an instrumental role. “Our clinical validation study showed high diagnostic concordance between DeepDx® Prostate and the reference standard of three pathologists (0.907 quadratic-weighted Cohen’s kappa coefficient).” He continues, “This shows that our model can provide pathologist-level diagnostic support or second opinions.”

But it is not just the performance of Deep Bio’s technology that sets it apart; it goes above and beyond for its customers, too. “When we first implemented DeepDx® Prostate, Sunwoo took the initiative to bring his team with him to the US to meet our lab. When someone makes that kind of effort, it makes it much easier to work together,” says Matthew Leavitt, CEO of PathNet, a network of independent pathology practices.

Moving forward
Deep Bio shows no signs of slowing down. “There has been a high demand in the US for our software. We have already processed more than 244,000 cores from CLIA labs for testing purposes,” says Kim. “We have more AI models in the pipeline for the diagnosis of breast cancer, bladder cancer, and lymph node metastasis of breast cancer. More excitingly, our technology can quantify clinically meaningful data, such as the proportion of Gleason pattern 4, which has prognostic significance.”

Tried and tested
With Deep Bio’s years of experience behind it, DeepDx® Prostate offers a seamless process for the pathologist, bringing value to its users. “We have been using DeepDx® Prostate for a couple of years now,” says Leavitt. “Deep Bio’s initial willingness to integrate into our workflow and laboratory information system means that, after I have analyzed tissue, I can instantly check the results from DeepDx® Prostate with a simple click of a button – sometimes revealing small areas of concern that I would have missed had I not had the tool running in the background.”

DeepDx® Prostate’s speed and analytic features enable pathologists to confidently make diagnostic decisions in real time, but Leavitt understands that the company behind the algorithm is an integral part of the partnership. “DeepDx® Prostate is truly revolutionary, but it takes a lot of trust, experience, and feedback between the user and the AI developers. That’s why we have formed such a nice relationship with Deep Bio – because it handles that interaction between the user and AI developer so well.”

Deep Dive into High-Level Diagnostics
AI-mediated analysis of prostate biopsies enables faster and better diagnosesHealthcare systems are struggling with a pathologist shortfall. In the US…
October 21, 2021

[Interview] [Innovative Startups] Deep Bio to revolutionize prostate cancer diagnosis with AI platfo…
Korea has emerged as a "technology powerhouse" as the nation is seeing new innovative startups that are working on visualizing the once futuristic tec…
September 04, 2021

Embracing Pathology’s Digital Revolution with Deep Bio
Deep Bio stands at the front and center of digital transformation with DeepDx® ProstateDigital pathology is on the rise – and, with it, artificial int…
March 22, 2021

Deep Bio Inc. ranks 1st in the CAMELYON17 Grand Challenge from post submitting in early February 201…
The Deep Bio research team set the record in the Camelyon Challenge 17’ currently positioning them in first place. The Camelyon17 Grand Challenge is a…
February 12, 2019

Deep Bio Inc., takes on a challenge to develop software using AI
“Learning amount ↑ · Error ↓” Utilization as a clinical supporting device .. Artificial Intelligence (AI) has now made its headway into the biotech in…
September 18, 2017